BEFORE WE KICK OFF THIS BLOG, LET’S GET ONE THING OUT THE WAY: IF YOU’VE NOT CONSIDERED PARTNERING YOUR BRAND WITH A CINEMA TICKET PROMOTION, YOU’RE REALLY MISSING A TRICK.

Yup, the local cinema is where it’s at. In fact, your target audience is probably there right now! Sitting captivated and in awe of their favourite movies away from the hustle and bustle of the real world… and your traditional marketing activities, too.

Box-set binging might be seen as all the rage right now, but more people than ever in the UK are making a beeline for the box office and drinking in the power of the big screen.

It’s for this reason cinema ticket promotions have maintained their popularity and proven a tried and trusted method of creating brand engagement.

If building brand engagement is one of your priorities and you’ve not considered cinema, we’ve got to ask: what’s stopping you?

OK, we’ll be the first to admit there’s a lot to get your head around and if you’ve never run a film promotion before.

There’s certainly a tonne of things you’ll need to know before you consider earmarking films to partner with. But get it right, and you’ll be on to showstopping business success.

Still not convinced? Well, here’s the most compelling reasons why cinema ticket promotions can be more powerful than a bolt of 1.21 gigawatts.

The great thing about cinema ticket promotions is that you can get really creative with your campaigns.

Film is a creative business. So, brand promotions that are brimming with creativity and ideas can be mutually beneficial to both the movie and to the brand. If executed well, it will most likely be well-received by audiences and consumers-alike.

One example still lauded by the industry is Air New Zealand’s partnership with the third and final film in The Hobbit Trilogy – The Hobbit: The Battle of the Five Armies.

Air New Zealand billed itself as the ‘official airline of Middle Earth’ and its comprehensive campaign included the creation of what it titled ‘The Most Epic Safety Movie Ever Made’.

The video featured cameos from several of the stars of the film, including Elijah Wood and Peter Jackson, setting the safety messages against the backdrop of the scenery featured in the film.

It successfully whetted viewers’ appetites for the film, the airline and the country itself – meaning it was a sure-fire success. Uploaded to YouTube in October 2014, it has since racked up over 20 million views and a huge number of social shares, too.

When it comes to cinema ticket promotions, the sky really is the limit to how creative you can be…

Cinema is an experiential activity, so when you tie your cinema ticket promotions into this and get people involved in your promotions, the results can be brilliantly successful.

Savvy marketers will know the power of an experience. It’s the perfect content provider and can help brand campaigns to gain all-important word of mouth momentum.

Experiential marketing gives both marketers and consumers what they really want.

With an experiential reward such as a cinema ticket promotion, you’re giving people access to the magic of movies. And for marketers, you’re gaining access to hard-to-reach audiences that traditional marketing activities simply can’t compete with.

Brand experiences create people engagement and will attract customers, increasing customer loyalty in a way that cannot be underestimated. Similarly, it’s this love of a real-life experience that is now boosting cinema audiences year-on-year.

2018 saw UK box office admissions top 178 million – the highest attendances for nearly 50 years! With some monumentally huge blockbusters on the way in 2019, those numbers are only expected to climb even higher…

THEY’RE SPEAKING TO THE RIGHT PEOPLE

We’re no strangers to masterminding the odd successful cinema ticket promotions ourselves!

In 2016, Filmology worked with StaySure, which specialises in providing travel insurance to the over 50s. Filmology forged a partnership between the insurance company and the film, The Second Best Exotic Marigold Hotel.

Customers who purchased an Annual Multi-Trip travel insurance policy before a certain date could claim one complimentary cinema ticket for each person covered on the policy. It was a very good alignment of target audiences, and while StaySure were one of a number of brand partners, it had exclusivity in its industry.

Marks & Spencer also spotted an opportunity to reach its key demographic through the same film. It would also be the first film marketing partnership it had undertaken… So, no pressure there then!

The retailer offered customers a buy-one-get-one-free cinema ticket deal for Mother’s Day if they spent more than £20 in-store. The campaign was supported by door stickers, digital signage and in-store displays.

Kathryn Jacob, Chief Executive of Pearl & Dean, which brokered the partnership with Marks & Spencer, commented at the time, “The Second Best Exotic Marigold Hotel is an important step in the evolution of the older ‘cinema going’ demographic – this is the first ever sequel to a film which was so popular among this influential cinema audience.” She added that it showed what was possible “when you can connect up a new release to an engaged and flexible brand.”

These cinema ticket promotions are great examples of just how identifying the right film can help you engage with your target audience effectively. And isn’t that what every brand marketer really wants?

A good promotion can sometime be stunted by a reward that’s either difficult to claim or doesn’t offer any real value to the recipient. A good cinema ticket promotion can avoid both these problems.

Film’s popularity means that getting to a cinema has never been easier. In fact, there are now in excess of 770 cinemas in the UK right now!

It’s not just the number of venues which has developed either.

Cinema’s continued popularity means that cinema chains such as Cineworld, ODEON and Vue have invested huge amounts of money into their venues.

And it’s not just the big chains ploughing serious coin into their cinemas.

Lovers of boutique and independent cinemas have never had it so good; with chains such as Everyman, Picturehouse and Curzon also raising their game to encourage audiences through the doors.

This investment is also leading to many cinemas upgrading the experience at their venues, too. Digital and IMAX screens, premier seating, Dolby Atmos sound and direct-to-your-seat service are just some of the features now making a cinema visit an altogether more premium experience.

When you offer a cinema ticket as part of your promotions, you’re not only giving the gift of entertainment, but also the gift of choice and convenience. These are factors that really do come into play when we talk about audience engagement.

Oh, and then there’s the value…

CINEMA IS A HIGH-VALUE REWARD

Finally, cinema is an activity which doesn’t come cheap.

2018 saw average box office prices drop slightly but still remain high at around £7.20 per ticket. This means that whilst people are still happy to visit the cinema, it can come at a cost. Especially for those on low incomes or with large families.

A cinema ticket promotion is great for engagement as it can either remove or significantly reduce the cost of doing something virtually everyone enjoys.

If your brand is seen to be making it easier for their audience to do something they enjoy, it can work wonders for your brand perception. And when people are engaging with your brand promotions, better sales and brand loyalty usually follow. 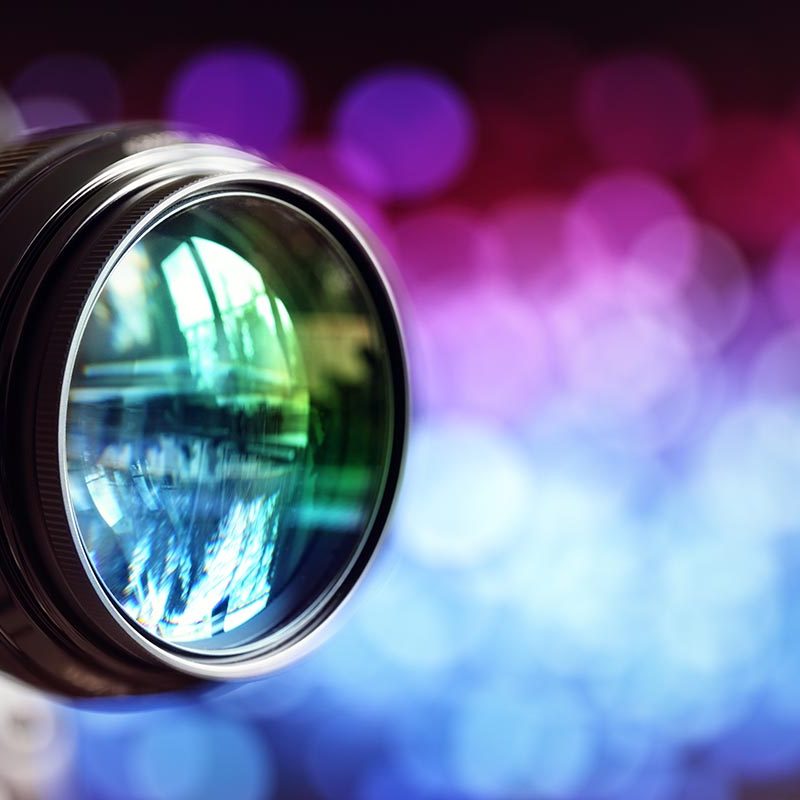